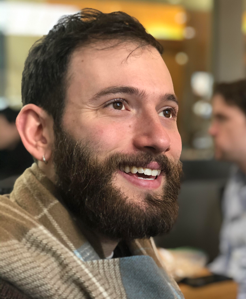 Marik is an engineer and advocate who has worked across “counter culture” industries. He founded Iliac which built technology for the sex workers’ rights movement. Later he worked with decentralized governance organizations including Aragon and Democracy Earth in the blockchain space. He led marketing and growth for many of Silicon Valleys top startups including Clearbit, Segment, and Envoy during his time at Bell Curve as their Director of Growth. Marik helped to develop the Yale School of Management’s entrepreneurial ecosystem and helps run an incubation program for startups in Upstate & Western New York. Marik holds his MBA from the Yale School of Management.